Navigation
You are here: Home / Archives for Breakfast 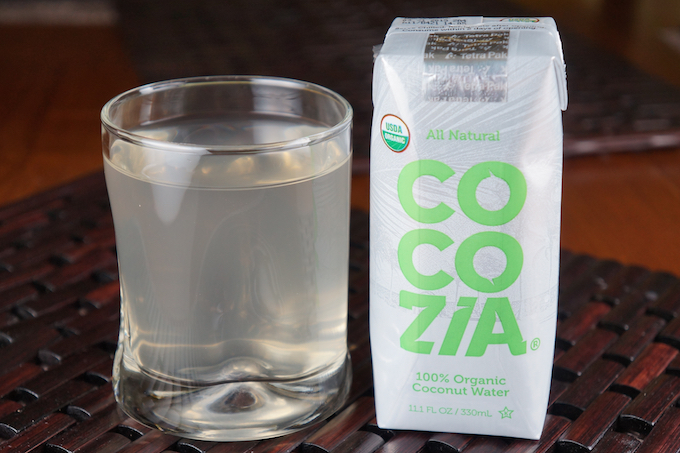 Recently, I was contacted by Epicurex, LLC to do a review of their product, Cocozia. It’s an all natural, 100% organic coconut water. There’s a lot of hype out there on the internet regarding the almost “magical” properties of coconut water. One article gave a list of 8 benefits of coconut water:

Most of those benefits could be achieved by just drinking water! However, a more balanced and credible article pointed out that coconut water does provide an all-natural way to “hydrate, reduce sodium, and add potassium to diets. Most Americans don’t get enough potassium in their diets because they don’t eat enough fruits, vegetables, or dairy, so coconut water can help fill in the nutritional gaps.” Seems like a great alternative to consuming a sugary sports drink after working out to keep hydrated.

I myself am not a big fan of coconut. However, I am a big fan of pina coladas, coconut creme cakes and coco jam. Growing up in a filipino house, we always had toasted pan de sal and coconut jam spread. It’s pretty amazing. Not to mention lambanog, a seriously strong coconut liquor that will mess you up. I’ve never had it, but what I hear about it frightens me.

But I digress. Cocoa comes in 11 oz TetraPaks so they’re easy to take with you on the go. Poured in a glass, you’ll notice the water is a bit cloudy and smells like coconut. In the Philippines, I’ve had coconut water straight out of the coconut and Cocozia smells exactly the same way. Rather than going through the hassle of finding a machete to hack open a coconut, you simply use the attached straw, puncture the opening in the top of the box and drink away.

I preferred the taste of Cocozia compared to other coconut waters that I’ve tried. It is not sweet but you definitely get the coconut flavor as you drink. There was also no off-putting aftertaste in my mouth after drinking Cocozia, which sometimes occurred with other coconut water brands.

A single serving of Cocozia has only 70 calories, but also gives you more potassium than if you were to eat an entire banana. Additionally, Cocozia gives you magnesium and other electrolytes to help maintain body hydration and muscle function, which I think is good after a workout.

For the past three months I’ve been doing my best to exercise and eat well. I started doing Focus T25 workouts for the physical exercise component. For the nutritional component, I bought a Vitamix and have been making smoothies almost daily. I thought Cocozia might be a great addition to a smoothie. When using frozen fruits like I do, I often need to add a liquid component to help the viscosity of the smoothie; otherwise I end up with what is essentially ice cream. 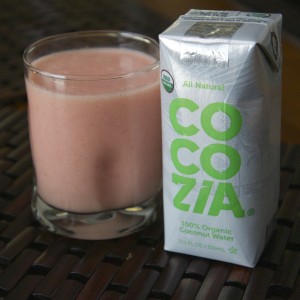 Here’s the recipe for the smoothie I made with Cocozia:

Print
Prep time
5 mins
Total time
5 mins
A refreshing smoothie to help you stay hydrated and cool after a good workout!
Recipe type: Smoothie
Serves: 1-2 people
Ingredients
Instructions
3.2.2704
Even if you don’t like Coconut water, or coconut flavor, you won’t be able to detect it in this smoothie. The strawberry, banana and pineapple flavors, combined with the yogurt and honey for a touch of sweetness will be what you taste and enjoy the most. Not only is this smoothie cool and refreshing, but it will also help you keep hydrated after a long workout! 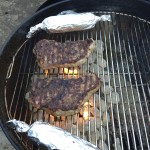 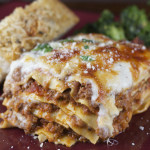 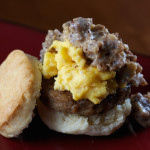 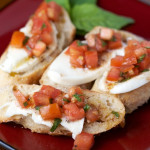 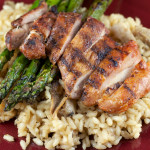